Tatabu Bridge collapsed in 2017, not recently as claimed in viral picture

Claim: A picture making the rounds on social media depicts a collapsed bridge alleged to be in Tatabu, in Niger State. Further, motorists were advised to avoid the road and use the Lokoja bypass instead.

Verdict: Analysis conducted by DUBAWA reveals the picture of the said collapsed bridge was taken in 2017 when it collapsed but was soon after rebuilt and open for use in 2018. Thus this claim is false. 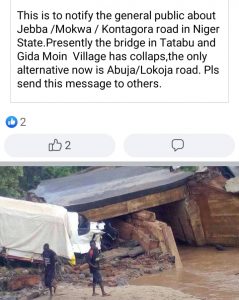 Full story
Tatabu is a local community in Mokwa Local Government Area of Niger state and is strategically located in that motorists and trains park to pass through to get to different parts of the country. It’s a route that links the northern part of the country to the South and vice versa.
The Tatabu bridge is positioned within a valley that cuts across the rivers that serve the hydro stations in nearby Jebba.
Sometimes in June 2017, the bridge collapsed, unleashing hell to those who had to pass through the area. Lives and properties were lost, rail tracks damaged, fishery and other activities in the nearby lake destabilized.
Nonetheless, pictures making the rounds on different social media platforms now claim that the bridge has collapsed again.
The claim attracted reactions from a number of social media users. Abraham Okpataku Agbons who commented on the claim on facebook, wrote; “How about the road that leads to Tatabu and all along.?” His inquiry suggests that he has condescended to the claim and as such, seeking other options. Another user, Musa Muhamed gave a sarcastic reference to the Buhari Administration “God bless our PMB for his good deed.”
The acclaimed picture amassed interactions and several shares across board. One Tokunbo Aremo Odua posted on his facebook page the same claim and attracted over 263 interactions.
Although it got other reactions from a user, Romoke W. Ahmed, and four others who appeared to debunk the claim and implied that the incident happened two years ago. Their assertion was not enough to stop the claim from spreading to different groups on WhatsApp, such as the “QES set of 90”, and that of Kwara Christians WhatsApp Group.
Infact, Legit, a renowned online media outlet released a news story with direct reference to the claim, headlined: “Breaking: Photos Emerge as Mokwa Jebba link bridge collapse,road users scamper for safety”. This reality attracted DUBAWA’s interest to trace and track the reality in the claim.

Verification
DUBAWA first subjected the acclaimed picture to a Google reverse image search. Results from the query reveal the picture is indeed genuine but the incident, though actually happened in Tatabu, Niger State took place back in 2017 and not in 2021 as claimed.

Infact, the alleged pictures shared were directly lifted from the ones shared back in 2017. Other results from the search show the 2017 incident was widely reported in the media and the bridge itself was repaired soon after its collapse in 2017.

Pictures of the Tatabu bridge shared on the official Facebook page of the Niger State Media.

Other findings show the Bridge has been a subject of reference to fake news since it collapsed in 2017. Back in 2019, Premium Times, Nigeria’s foremost investigative online newspaper, debunked a similar claim that alleged the collapse of the bridge in 2019, same also in 2018. 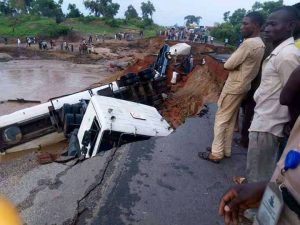 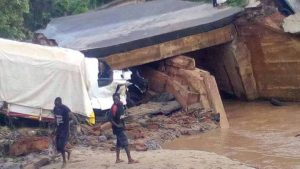 Other Shots of Tatabu bridge when it collapsed Back in 2017 as shared by pulse.ng

DUBAWA reached out to Fatima Abdullahi Nasir, a resident and indigene of the Mokwa local government in Niger state. She confirmed that the bridge did not collapse and is in fact in good shape. “No, it’s not true. The bridge is okay and nothing has happened to it. My uncle passed there this morning and it’s still normal and functioning.” Fatima clarified. 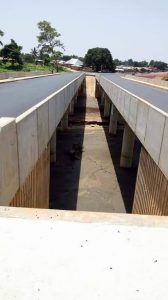 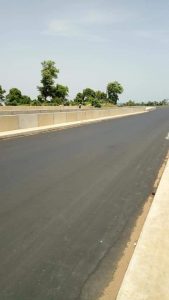 Conclusion
The pictures of Tatabu bridge going viral that the same bridge has collapsed again is an old shot of the collapsed bridge in 2017. It is false, and with wrong intent to mislead motorists, railway travellers, the community, and Nigerians at large.