Founder and Chairman Galib Chambers, Yusuf Olaolu Ali has called on public and civil servants across Nigeria to be more dedicated, commited and take government property as their personal belongings.

The legal luminary is concerned about the general attitude of civil and public servants in Nigeria who take public property as belonging to nobody hence not standing up in protection and defense of the facilities.

He was receiving the Management of the Nigerian Television Authority, NTA Ilorin who visited his chamber to express gratitude for his prompt solidarity when a part of the station was gutted by fire.

The learned silk is exited by the response of the members of management and staff of the station to the midnight disaster which he described as uncommon.

“I just imagine how the Governor would have felt coming to the burning station that hour and found none of you there. But the GM was on ground, the managers and many of your staff were on ground. How did they get there at that hour when it is not there personal property?”

“It goes a long way to show how much you have committed yourselves to the government facility. You had called fire, and I heard fire, both state and federal responded and performed wonderfully. Waheed, you and your team have put a face behind NTA. You know NTA is nobody’s surname. If most civil servants can be this committed our nation will go a long way”.

The Seniour Advocate, while commending the Governor of Kwara State, AbdulRaman AbdulRazak for his prompt presence at the scene of the disaster noted that the governor and himself could not have done otherwise “especially because of the turnaround that you, Waheed have been doing, and the Governor is a responsible father of the state, anyway”.

The General Manager, Waheed Popoola who visited Galib Chambers with his management expressed the gratitude of the Director General, Yakubu Mohammed, to the foremost legal luminary for his clientele and goodwill to the station.

The GM also called for his continued support especially in getting the station over the unfortunate fire disaster which destroyed offices, equipment worth millions of naira. 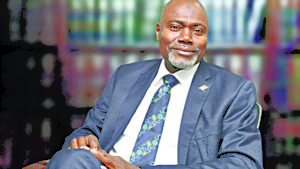 ILORIN: Just before our tears dry up over the death of...