A part of the Administrative and Production station of the Nigerian Television Authority, NTA Ilorin was late Tuesday night gutted by fire.

The fire is suspected to have started around 11 in the night razing the Conference room, Marketing Department, Office of the Manager News and Current Affairs and the General Manager’s Office.

The cause of the fire is suspected to be an electrical spark.

Men of the Federal and State fire services were swift to arrive at the scene following alarm raised by neighbours thereby preventing the fire from spreading further.

The Governor of Kwara State, Mallam Abdulrahman Abdulrazaq drove himself to the scene of the incident to assess the impact of the fire.

No life was lost. 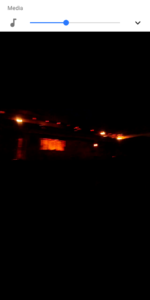