The National Commission for Refugees, Migrants and Internally Displaced Persons has flagged off the distribution of relief materials to the 2019 flood victims in Pategi Local Goverment Area of Kwara State.

The gesture is one of the Federal Government’s efforts at ameliorating the untold hardship caused by flooding in the Area.

The distribution is one event that demonstrates the commitment of president Muhammadu Buhari to alleviating the pains and agonies of the victims flooding.

The Commissioner for Special duties in kwara state, Aisha Ahman Pategi received the materials on behalf of the state government with gratitude to the Federal Government.

The State, according to her is motivated to do more for the care of the victims of disasters.

Muhammadu Hussein has been experiencing untold hardship since he lost his farm and house to the disastrous flood of 2019 but now relief is here for him.

The beneficiaries were full of excitement thanking Mr President for the gesture. 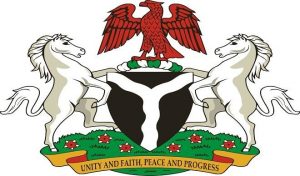 Assembly of kwara state calls for construction of over head bridges...