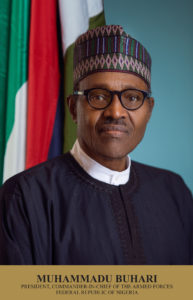 The Presidency is reassuring Nigerians that President Muhammadu Buhari, who doubles as African Union Anti-Corruption Champion will not be deterred by the baseless opposition criticisms in his firm commitment towards eradicating the rampant and chronic corruption bedevilling the country
Reacting to issues raised by the Peoples Democratic Party since the beginning of the interrogation of suspended EFCC acting Chairman, Ibrahim Magu, Senior Special Assistant to the President on Media and Publicity, Garba Shehu said the volume and reach of the anti-corruption crusade so far reflected what the PDP left behind.

He said corruption became so normalized by the PDP to the extent of having difficulty in defining what was “corruption” and “theft”.

The presidential spokesman praised President Buhari’s determination to end the menace in the country being reason for the number of highly publicized charges and cases.

Garba Shehu said The large number of cases, both new and old, may appear to be daunting but PDP, which was now heckling the President, had forgotten that the party bequeathed this to the current administration.

He therefore cautioned PDP to allow the process of investigation and prosecution to work instead of being preemptive about ongoing cases and unduly agitating in the public.

The Presidential spokesperson expressed the hope that the Judiciary would deal with the cases swiftly and satisfactorily in a manner that would deter other would-be offenders.